Chris Brown Goes Off After Getting Compared To Ben Simmons

Chris Brown Goes Off After Getting Compared To Ben Simmons

Following his sensational first three years, Ben Simmons is seemingly having his worst season of his career thus far. Besides him lacking a jumper, the 24-year old star is having a career-low in both points and field goal percentage with 12.3 points and 50.0% FG, respectively.

While it could be argued that Simmons is just playing less aggressively this year, fans think he should’ve been better than what he is right now, while arguing that Simmons has always been the same player with lack of significant improvement.

On Instagram, an NBA-related account posted a screenshot of a tweet wherein the author compared the 24-year old Philadelphia star to R&B hit-maker Chris Brown in terms of career progression. The post somehow managed to reach Chris Brown, who ultimately became furious at the comparison.

“Y’all pussy ass n***as gone stop playing wit me like I ain’t better than any n***as u can possible think of,” he wrote in a since-deleted comment before pointing out, “BASKETBALL A TEAM sport.” 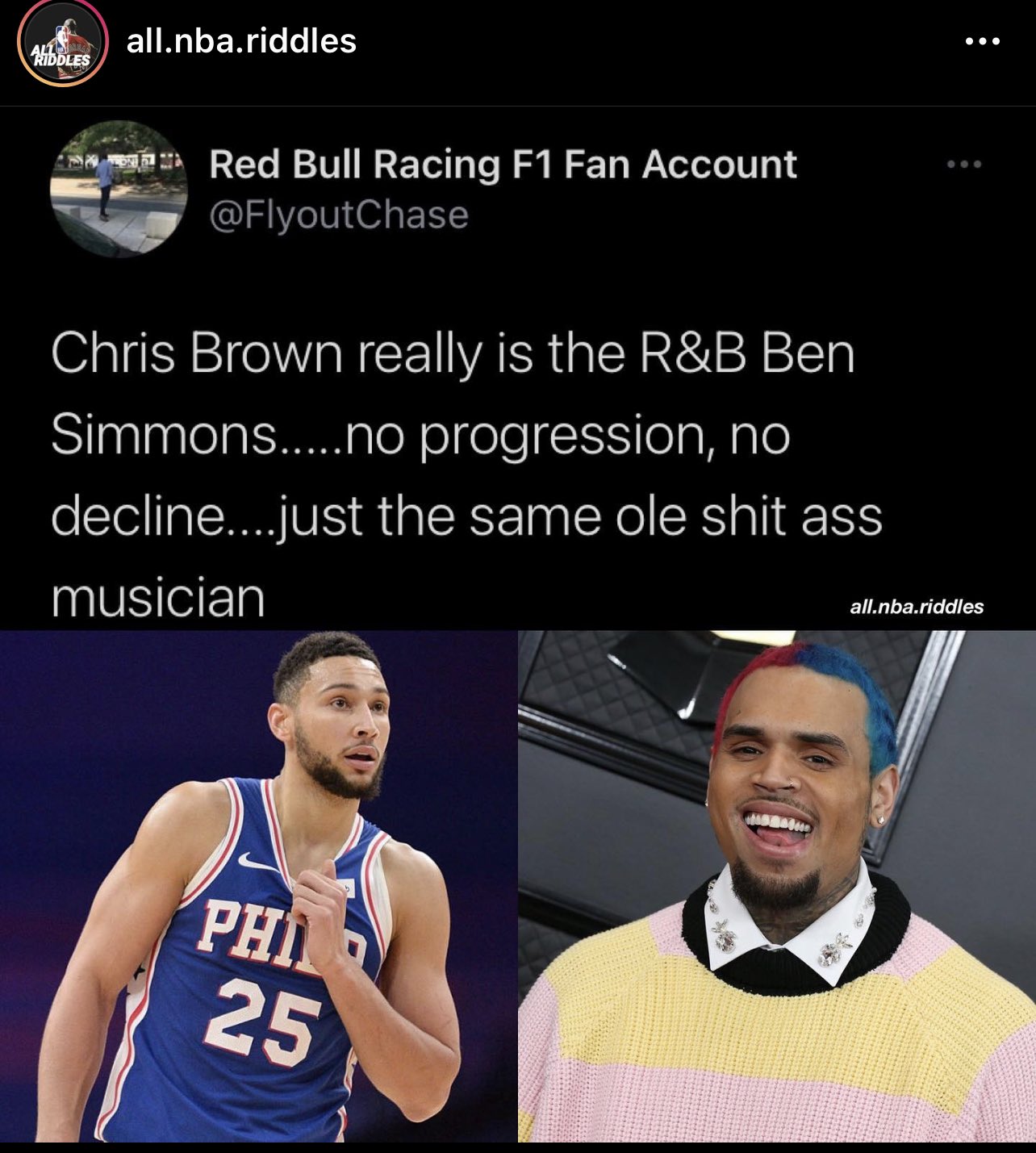 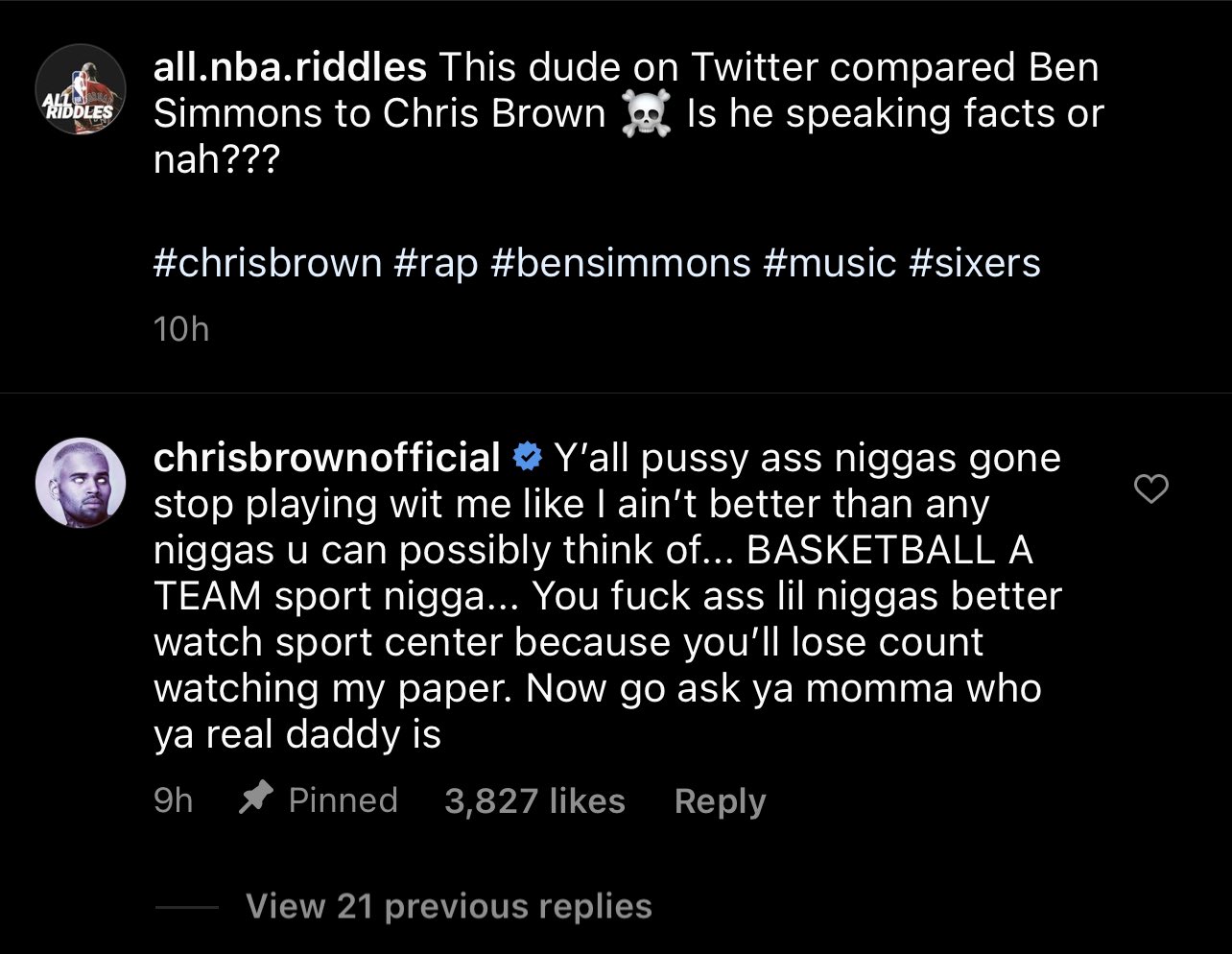